in handling security locks and more

We’re more than happy to discuss with you how your family or your business can benefit from our expert locksmith services.

The Expert in Security Locks

Are you looking for a reliable locksmith? You’ve come to the right place. Master Locksmith Company in Houston, TX has the knowledge, skills, and experience to provide you with the kind of service that’s second to none. Our unparalleled expertise in handling security locks will surely give you peace of mind knowing that we’re the right locksmith company to serve your needs.

Why Choose Our Locksmith Company?

Mike Wilson started his career as a locksmith back in 1986. After working on helicopters and serving as a Dustoff (medical evacuation) crew chief in the US Army, he went to Houston Community College to pursue his studies. He then realized that college didn’t quite fit his personality. So, he reached out to his friend who happens to be a locksmith. After spending time with his friend at his locksmith shop, he knew that this kind of work would suit him and be a fulfilling career choice. This experience pushed him to be a full-service technician. His career took him to Atlanta, GA where he operated his own locksmith business called A-Abbot Safe & Lock. He also acquired Master Locksmith Company from another highly skilled locksmith, Harry Detleffs. After more than 50 years in the industry, Harry was ready to retire in 1995. He saw Mike’s potential and ability in his craft, and he felt sure that Mike would continue the legacy and reputation of his company. Mike then operated both companies until moving back to Houston, TX in 2010. He decided to entrust A-Abbot Safe & Lock to his former wife, Linda, who still owns and operates this company. Currently, Mike is focused on taking Master Locksmith Company to new heights by providing expert services that are trusted by residential and commercial clients in the area. You can trust that Mike has what it takes to provide you with the services you need in the manner that you deserve. 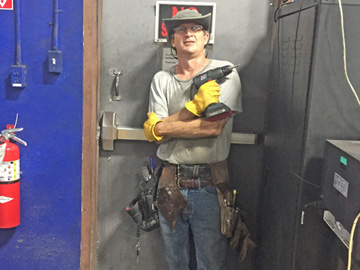 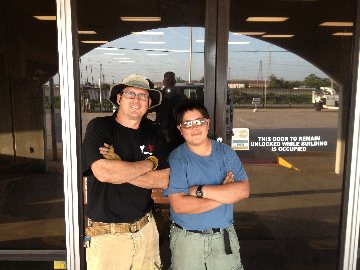 Ask About Our Residential Locksmith Services

For residential locksmith services that you can trust, choose none other than Master Locksmith Company. Our highly skilled and qualified professionals are committed to serving your needs. Should you wish to learn more, please do not hesitate to reach out to us by phone or email. Our friendly staff members are more than happy to answer any questions you may have. We look forward to hearing from you soon!

We are closed on most major national holidays.